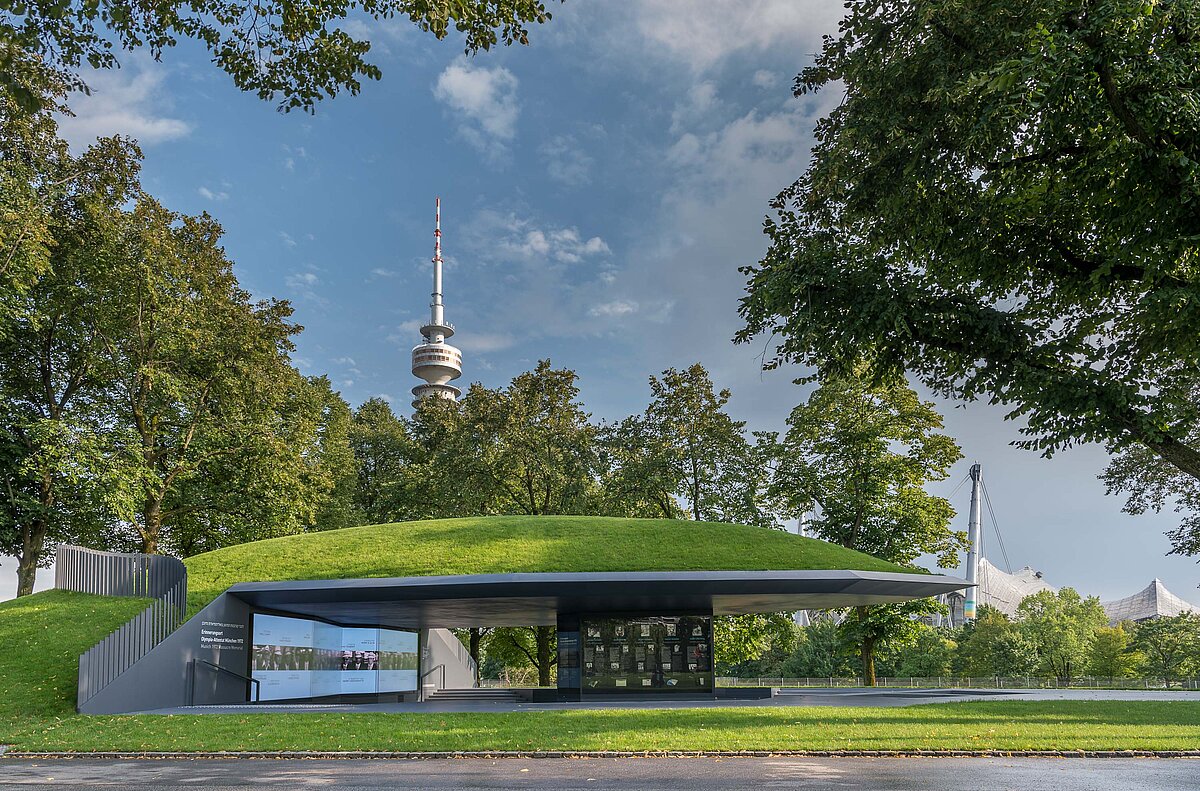 To commemorate those who died during the Munich Massacre on the 50th anniversary of the 1972 Summer Olympics in Munich in a worthy and lasting manner, the twelve victims are to be remembered throughout the year 2022. Each month, one victim, his biography and fate will form the focal point. This can involve activities concentrated on one specific day or lasting the entire month.
This commemoration project has been conceived and coordinated by the Jewish Museum Munich in conjunction with the Munich Documentation Centre for the History of National Socialism and  the Consulate General of the State of Israel.
It will be implemented with cooperation partners including the Amerikahaus Munich, the Landkreis Fürstenfeldbruck, the Deutsches Theater, the School of Public Service - Police Department and the Munich Police Headquarters, as well as other cultural and educational institutions and interested parties.

Leaflet on the commemoration project